What’s the Difference Between a Master Barber and Cosmetologist? 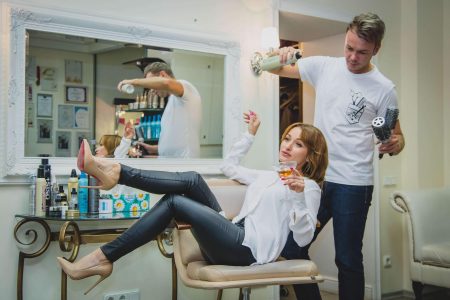 While the roles of master barber and cosmetologist often greatly overlap, there are clear and defining distinctions that separate the two. With the intricacies of their overlapping duties and potentially overlapping clientele, it’s often hard to decide a path to pursue for anyone looking to start their journey in the exciting beauty industry. Here’s a general breakdown of everything you need to know before deciding on the proper path for your unique career.

Let’s start with the most obvious factor: The hair. As is universally known that both parties are largely concerned in the cutting, treatment, and styling of hair, this is the most prominent overlap of the two professions. Another notable similarity is the required schooling. While all states have their own unique qualifications in terms of testing and hours completed, typically requirements between a master barber program and a cosmetology program are the same, or at the very least, comparable. Both require at least a high school diploma or GED, on top of a standard age requirement. Typically, both certification programs take a similar number of hours to complete, usually floating somewhere in the 1500 required hour range. So essentially, the educational paths are similar in terms of commitment level.

While the education requirements and program duration for both paths are similar in nature, the courses you will take have some major differences. Cosmetology involves a wide range of beauty and wellness subsets, not solely hair care and styling, so cosmetologists must be well-trained in all of these facets.

Daily duties for a cosmetologist only may include:

Overlapping duties between barbers and cosmetologists most often include, but are not necessarily limited to: 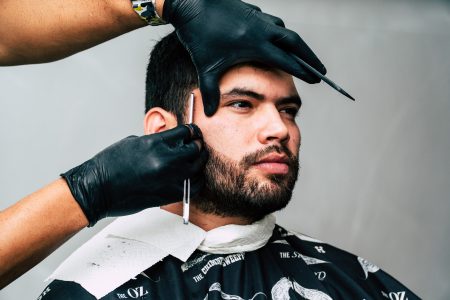 Historically, a strong distinction between barbers and cosmetologists has been the clientele. Typically, barbers have tended to male clients somewhat exclusively for most of history, while their cosmetologist counterparts have mostly catered to women. This is because there are certain expectations involved when visiting a barber shop or hair salon. Men who are just looking for a simple trim or lineup with clippers may prefer to visit a barber, whereas a hairdresser or cosmetologist could offer a more sophisticated cut, color, or style. Gender lines were so defining that gendered language made its way into the legislation of the professions in certain states. For example, the laws regulating barbering in the state of New York put limitations on unisex salons, often limiting client opportunities. Because of this limitation, many areas are moving towards a more unisex approach.

In this modern era, the gendered lines between barbering and cosmetology have been greatly blurred. This is likely due to the freedom of style expression that has come about in recent years. Women are receiving what were previously considered to be more “masculine” cuts including “fades” and other shorter trends. Additionally, men are more commonly accepted in less traditional domains, such as makeup application and elaborate hair styling. Because of the public liberation from traditional gender conformities, the clientele split between barbers and cosmetologists is less defined than ever before. The expectations are different when

Workplace opportunities vary slightly between these two fields. Because of the previously described legislation surrounding gendered responsibilities of barbers, their workplaces can sometimes be slightly more limited than cosmetologists. Certain states require that barbers work in male-exclusive barber shops as opposed to more inclusive salons. While this is shifting with the times, make sure that you carefully check your state’s specific guidelines on where your profession is authorized to work.

Cosmetologists on the other hand, since they also perform services like manicures and makeovers, have slightly more broadened potential for their workplace. They have a variety of specializations to choose from aside from hair styling and cutting.

Overall, while the responsibilities of these two different professions overlap in many ways, master barbers tend to be slightly more specialized because of their focus on hair, whereas cosmetologists have more general training in different beauty subjects. Both can be fulfilling and profitable fields, just make sure you do state-specific research before deciding which path is right for you. For more information on becoming a master barber, or going to cosmetology school, check out our blog today!

Step-by-Step Instructions for Master Barbers
Schedule a Tour With Us Today!
×